THIS AFTERNOON: It's another really hot day, though not quite as hot as the past few. The high pressure ridge aloft is centered across our region. There have been a few storms that have developed over Eastern New Mexico. Most storms will probably stay west of the state line, though a few isolated storms can't be ruled out just west of Lubbock. Here is FOX34 VIPIR:

TOMORROW: Still hot, but probably not as hot as today. High near 98, mostly sunny. Wind S/SE 5-15mph. An isolated storm is possible late.

NEXT FEW DAYS: The high will fall back to the mid 90s, still above the average for this time of year. We are seeing some weak signals for storms each night second half of the week. But the coverage will be low enough that the chance on any one day is pretty low.

It still looks hot, with mid to upper 90s this weekend. Longer-range guidance is showing us finally getting a more significant break from the heat by middle of next week, maybe with the high near 90. But this far out we're not counting on that just yet, just a trend to watch.

Also, there's a disturbance south of Mexico that is forecast to become a tropical system next few days in the Pacific. 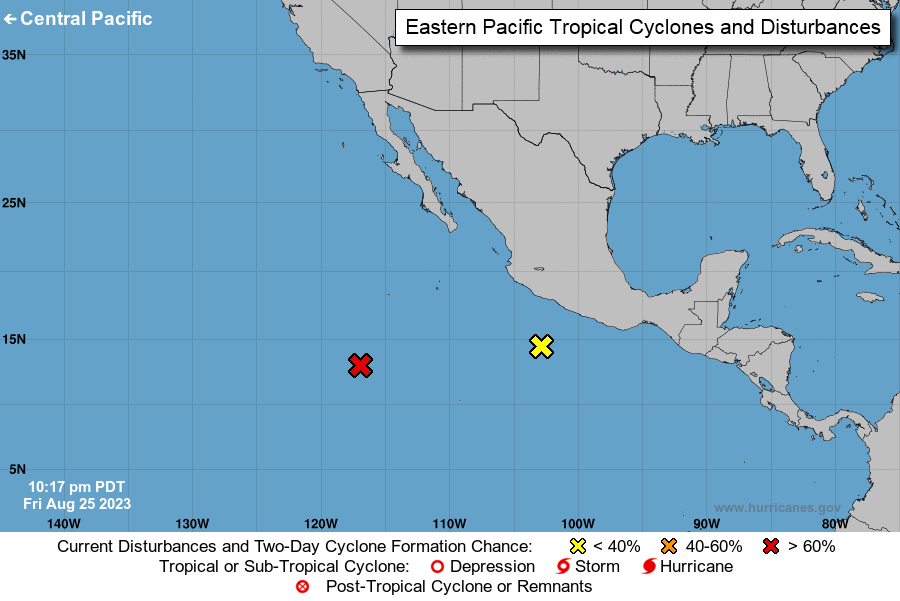 But at this point the ridge will probably block any significant influence here. This time of year we watch for any tropical development down that way, as a potential source of moisture for rain.