THIS AFTERNOON: It's a little bit warmer than yesterday, with 60s across much of the area, a mix of sun and high clouds.

VERY WINDY DAY: A strong upper-level storm system now over the Pacific Northwest will drop into our region. It might bring some light showers. It will bring a lot of wind.

The N/NW wind will kick up a few hours after Midnight and stay strong all day long. It'll average between 25 and 45mph, gusts over 50mph...possibly 60mph. Keep in mind severe thunderstorm warnings are issued for gusts of at least 58 mph. Secure any loose objects outside. Make sure Christmas decorations aren't going to fly away. Once you get up around 60mph some damage is possible. The high wind warning below in yellow shows where we'll likely see sustained 40mph wind and/or gusts to at least 58mph: 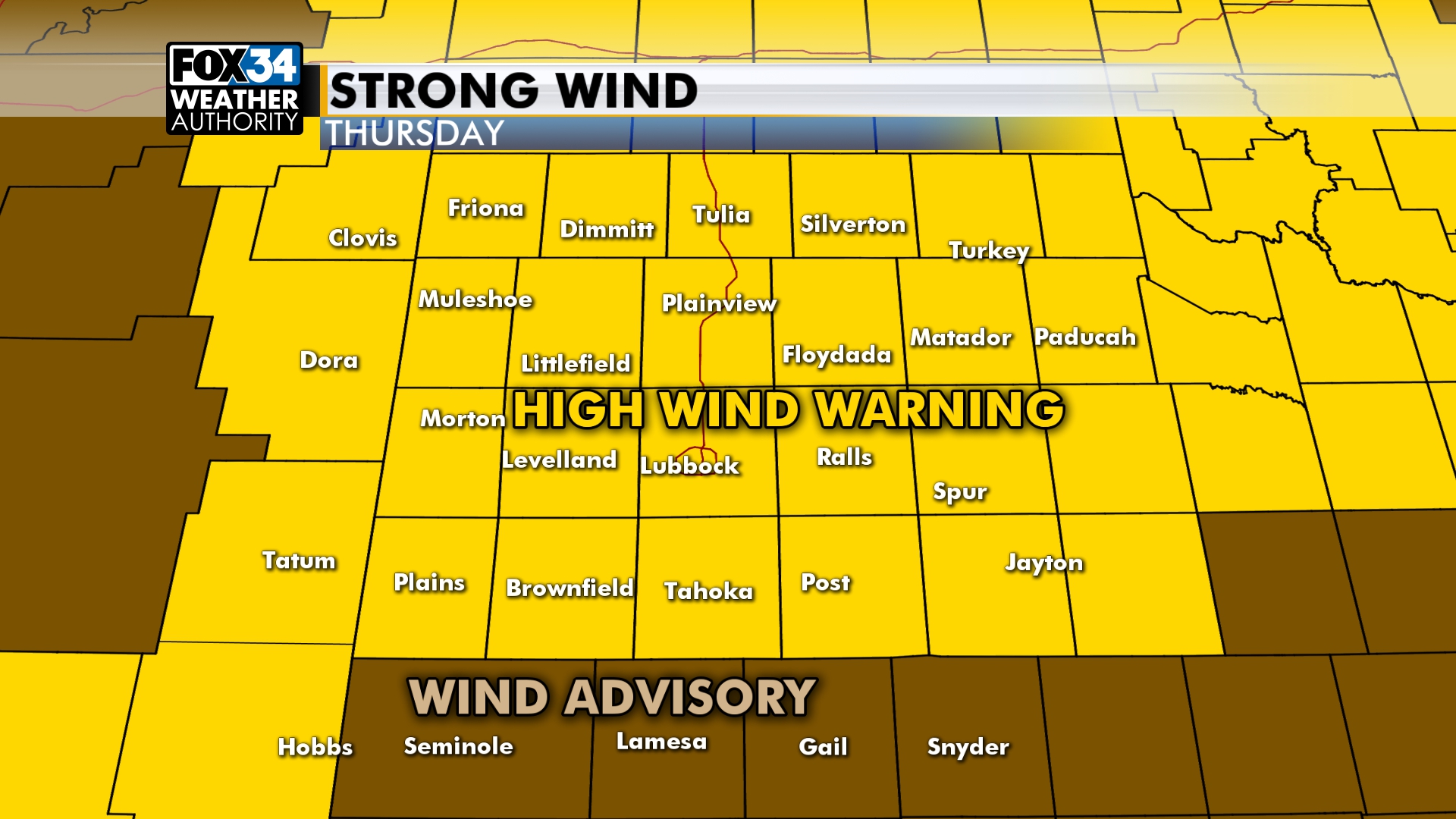 It'll also turn colder, high of only about 43. But with the wind it'll feel much colder.

Some light showers are possible Thursday morning. This should initially be light snow over the Plains of Eastern New Mexico. Around the South Plains this will probably be a rain-snow mix. This is a fast-moving disturbance, not like last weekend's storm where it rained then snowed for 12 hours. This setup is maybe a few hours of light showers. But the rain or snow won't be falling straight to the ground like Saturday, it'll be going sideways. Visibility will drop in the blowing snow. The chance for showers ends after Noon.

It does appear there's a setup for a few inches of snow to fall to our east and southeast, including Wichita Falls and Abilene. While a few inches of snow is likely, parts of that region may pick up more than 4". The snow will be late Thursday into Thursday night. The area were there could be some snow is highlighted by the winter storm watch in blue below: 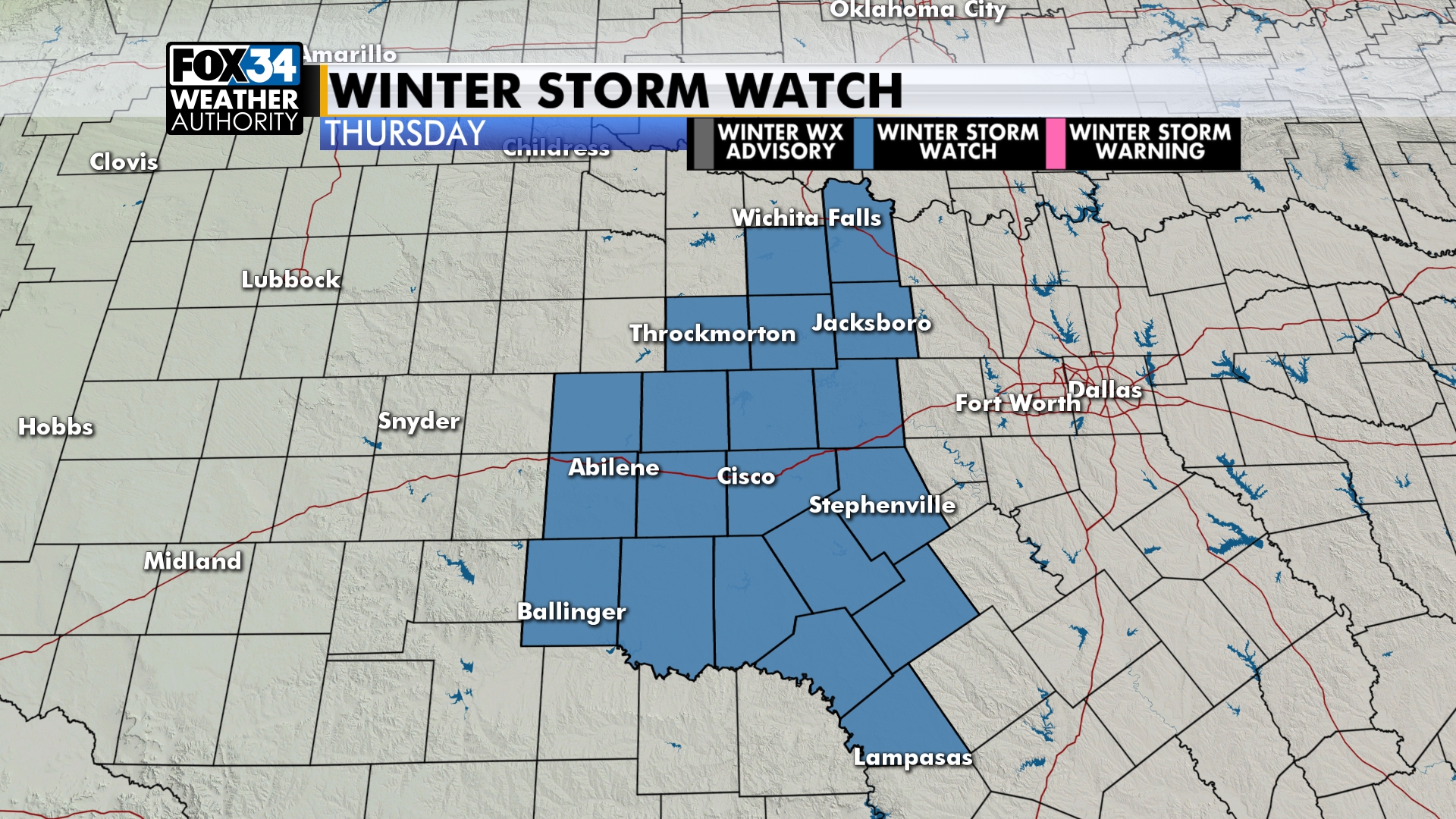 The weekend should be a few degrees warmer, upper 50s.

No signs of any cold air next week, likely the high in the 50s through the week. Longer-range guidance does look colder just in time for Christmas.

Have a great rest of your day. Bobby will have a full update to the forecast here tomorrow morning.
-Matt