MILD DAY: With plenty of sun it warmed into the upper 60s and low 70s across our area today. The next cold front is moving across the Central Plains. It'll make the weekend colder here.

TOMORROW: The cold front will move across the area through the morning into early afternoon. It'll kick the north wind up 12-22mph, with some gusts around 30mph.

Because the front will move through during the day it'll bring a big temperature range, colder north, warmer south.

High in Dimmitt and Friona near 40, here in Lubbock near 49, around Snyder 60. Clouds will increase behind the front as well. There might be a few sprinkles, but nothing significant is expected.

SUNDAY: Morning low near 26. Afternoon high only 45, with a mix of sun and clouds.

NEXT WEEK: It'll turn milder with more sun. There will be a disturbance passing across the region that might bring a few showers across the region Wednesday, but right now that chance looks better farther south. Travel looks pretty good around the region on Thanksgiving, with the high in the 60s here.

TEXAS TECH FORECAST: This will be the coldest game of the season for the Red Raiders. Kickoff near 33 dropping to the upper 20s late. With a strong north wind the wind chill will be in the 20s and, at times, teens. There's a slight chance for light snow late. 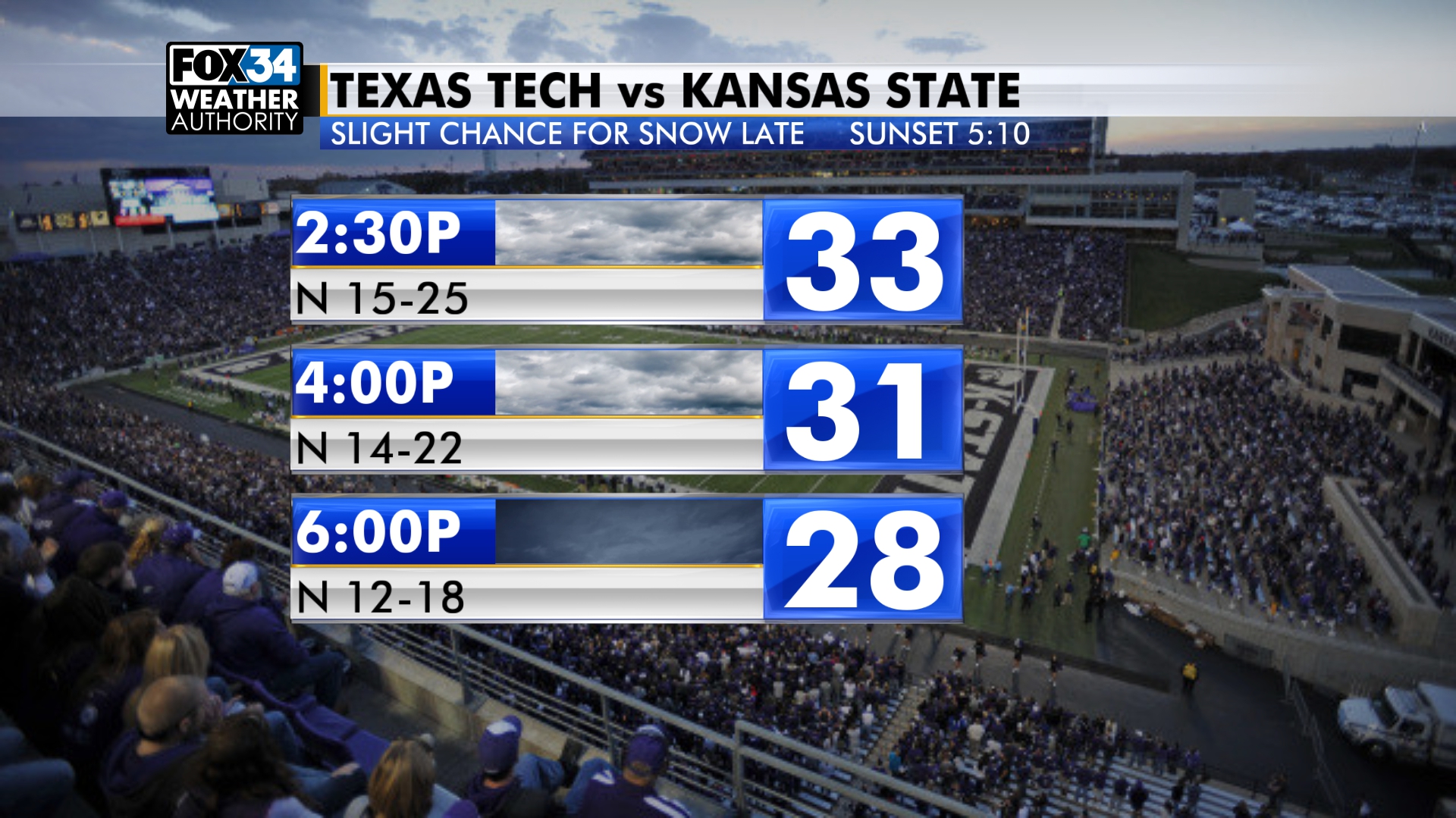 Have a great weekend and Guns Up for Tech. Robert will have a full update to the forecast here Saturday afternoon.
-Matt