This is a quick update on the weather tonight into tomorrow. Robert will have a full forecast update posted late this afternoon.

The one thing we are sure everyone in the area will get Monday is a very cold and windy day. It'll be freezing most, if not all, of the day. High temp around the area upper 20s to lower 30s. This will be followed by a hard freeze Monday night into Tuesday morning. Low near 20.

Add in the wind and it'll feel like the teens much of the day Monday. North wind 20-35mph with some higher gusts.

As for snow, it's likely much of our area will get some snow. It may first fall as rain or freezing rain tonight, changing over to snow in the morning. But the main show for significant accumulations should be well north of here.

Window for snow runs through Monday morning, with showers out of here by mid-day/early afternoon.

This is just one forecast model, but lines up with a lot of the other data we've received this morning. There should be a narrow band of heavier snow somewhere in the region. Can't rule it out for our area. But at this point we think it'll be closer to or north of I-40 from Northeast New Mexico into the Texas Panhandle.

Around Lubbock it'll probably be a dusting to maybe an inch. That's not much to cause issues. But with the wind, visibility will be low when it is snowing. And it still could be enough to make slick spots on some bridges. Because of the timing of all this, we'll have to wait to early morning to know whether roads are clear or if there are some slick spots. There are always surprises with winter weather here, but we don't think this will be a major impact to Lubbock.

The NWS Lubbock has posted a winter storm watch for the northern South Plains and southern Panhandle, shown in blue below. This is where it's more likely a few inches of snow will fall. 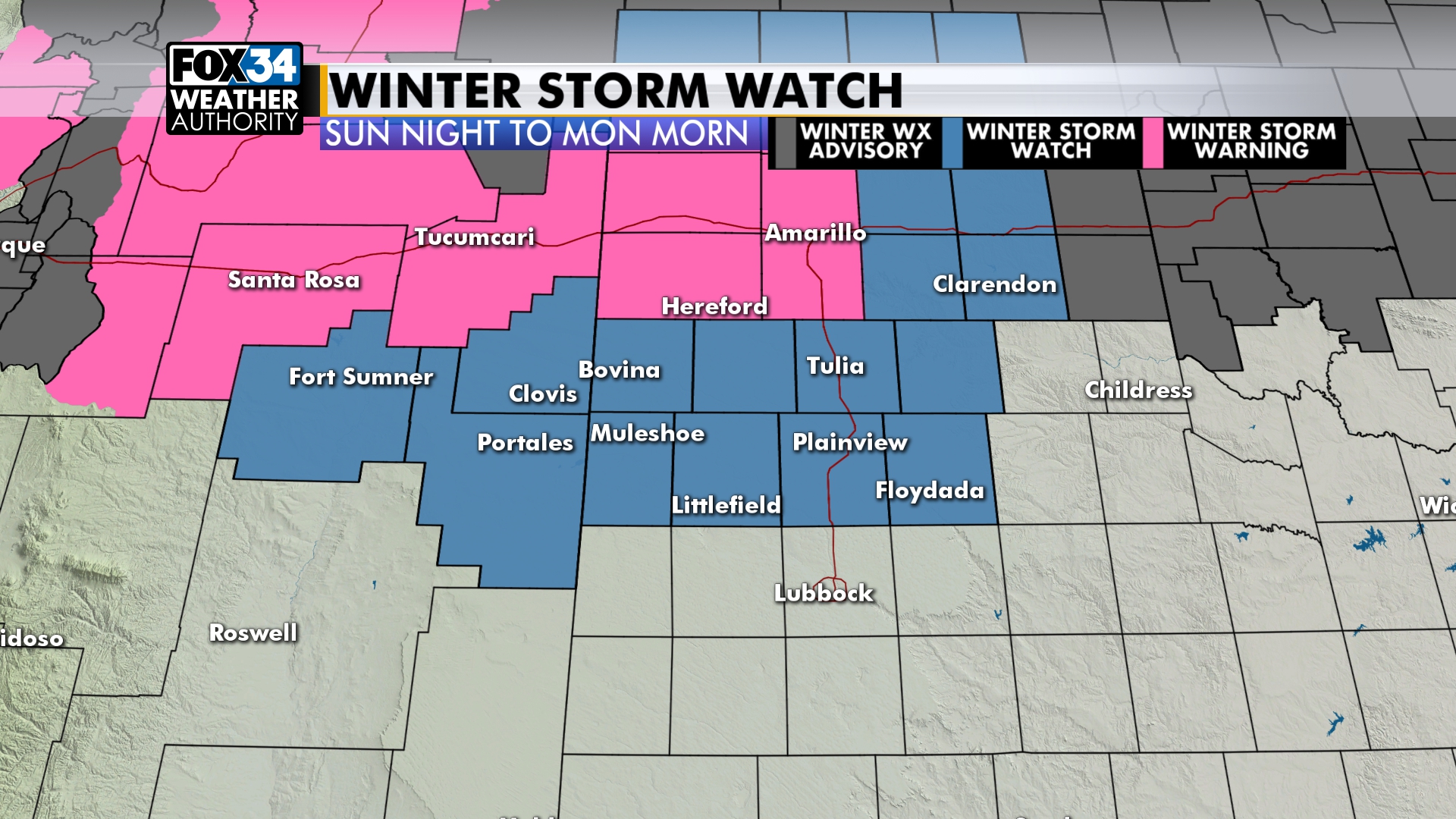 This map will change later this afternoon. A watch is issued in advance of wintry weather. Right before the precip falls or while everything is happening, a winter weather advisory or winter storm warning is in place. The advisory in this kind of setup with where one to a few inches of snow are expected, slowing things down some. A winter storm warning is issued for heavier snow amounts that'll cause significant travel problems.

Look for another update here by early evening.