WET HALLOWEEN: I thought there'd be instability for storms well southeast of Lubbock. But, sure enough, there was enough for some early-morning storms around Lubbock. West Lubbock to Levelland this was good enough for about 1/2" of rain. There were some more 1/2" rain totals from Post to Snyder. 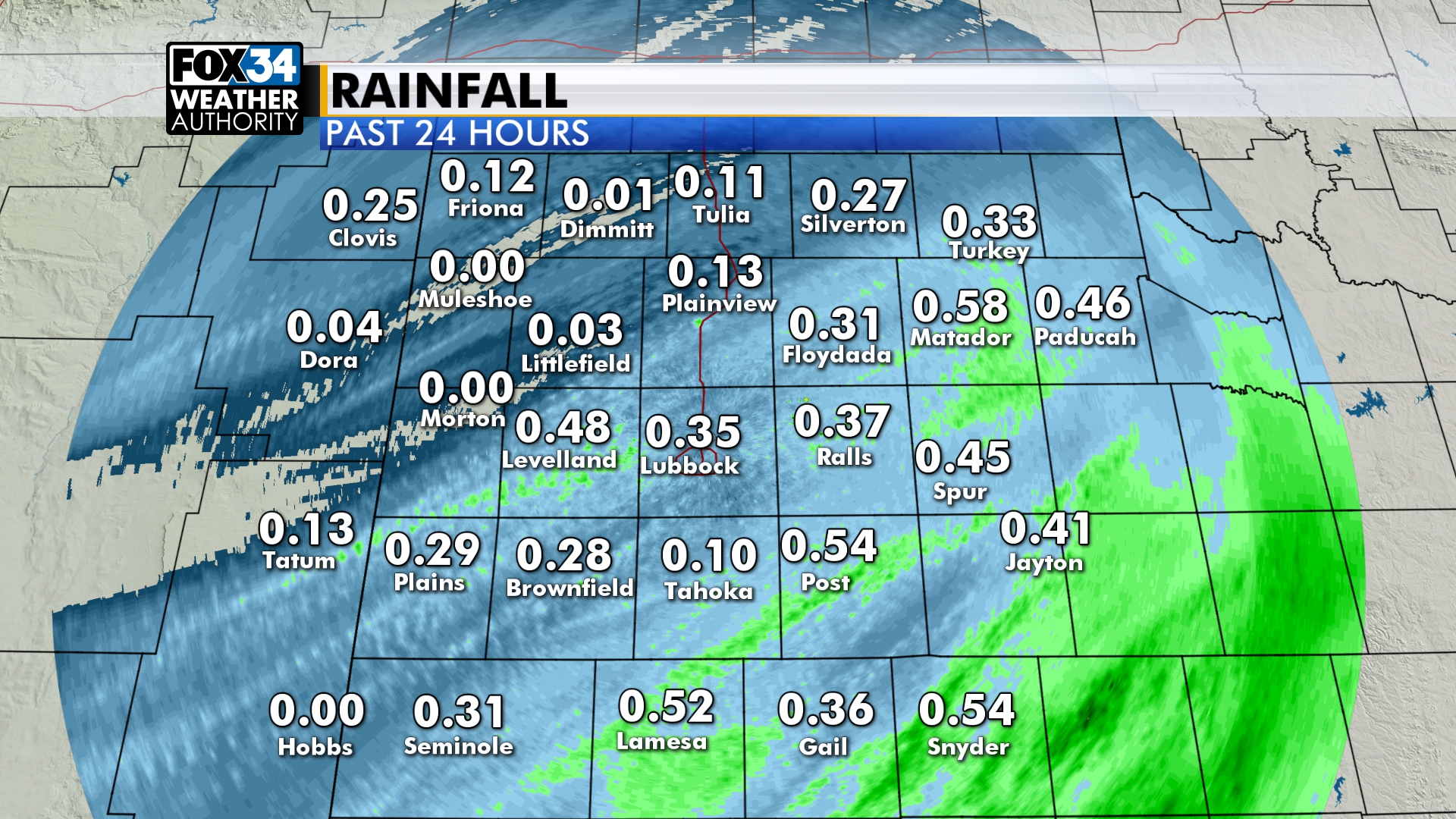 THIS EVENING: Some drizzle or a light shower is possible, though the widespread rain has moved out. It'll be cold, temperature in the 40s dropping to the 30s by 9 p.m. The gusty NE wind will make it feel even colder.

TOMORROW: Some fog is possible in the morning, gradually clearing to a sunny afternoon. High temp upper 50s.

LOOKING AHEAD: The warming trend will continue through Saturday. If you'll be tailgating for the Tech game it'll be warm and breezy.

For the Tech game itself, kickoff is a few minutes after sunset with the temp in the lower 60s. It'll fall into the 50s during the game.

A few sprinkles are possible late Saturday night into early Sunday morning, though it doesn't look like much of a chance.

Have a great rest of the day. Bobby will have a full update to the forecast here early tomorrow.
-Matt