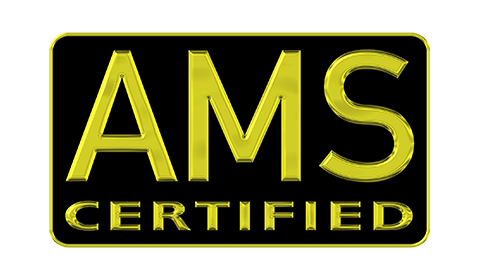 Robert is the weekend meteorologist for FOX34. He also serves as a bilingual meteorologist for Telemundo Nuevo México and Telemundo Lubbock weather forecasts on occasion. He has been a broadcast meteorologist since 2013, most recently moving to Lubbock from Baton Rouge, La. where he spent four years as a broadcaster. He comes to Lubbock in pursuit of a Ph.D. from Texas Tech's College of Media and Communication, where he is a Helen Devitt Jones Fellowship recipient and focuses on his passion for clear, relevant, and effective weather communication. Robert is also a certified broadcast meteorologist of the American Meteorological Society.

Robert is driven by his effort to connect with the everyday viewer as he strives to build a personal relationship with them. Robert feels meteorological knowledge is a must for weather broadcasters, but so is a clear message which the viewer can understand. Robert avoids overly "sciencey" presentations and instead presents the weather in an easy-to-understand and relevant manner, so viewers can simply know what to expect and how to prepare during severe weather. This passion for clear communication is the reason why he helped facilitate the local Integrated Warning Team for the New Orleans/Baton Rouge area, a collaboration between the National Weather Service, emergency management, and local media. He was also present during Lubbock's own inaugural Integrated Warning Team meeting.

Robert holds a highly uncommon, yet advantageous combination of degrees. He has a B.S. in Meteorology from the University of South Alabama, as well as a M.S. in Geography (Climatology) from LSU where he studied under Louisiana State Climatologist Barry Keim. This is in conjunction with his pursuit of a Ph.D. at Texas Tech.

Robert was awarded “Best Breaking Weather” by the Louisiana Associated Press in 2014. For his social media presence in 2017, he was presented the “#PeoplesChoice” award from the Baton Rouge Social Media Society, its highest honor. He manages the first and only social media weather accounts in American Sign Language (ASL) in the nation, and he also managed the only social media weather accounts for Louisiana local news in Spanish. Robert is an Eagle Scout and a member of the Omicron Kappa Delta honor society. He is also a member of the American Meteorological Society (Texas Tech Chapter), National Weather Association, and was instrumental in founding the National Center for Science Education's "Science Booster Club" at Texas Tech.

On a personal note, Robert speaks Spanish and American Sign Language. He loves to play water polo, the baritone saxophone, as well as trivia.  He loves to travel, including long road trips where he "collects" new counties and actually goes out of his way to visit new ones. While he is from Louisiana, he did spend 12 years of his life in Seattle, and has always wanted to become a Texan. Guns up!