Warmer with more wind this weekend

THIS AFTERNOON: It finally warmed up with sunshine after a messy start. According to Lubbock Police, there was about 200 wrecks this morning. It doesn't take much ice to cause problems. It was a few hours of freezing drizzle last night. The more significant precipitation was off to the east. That's now moved into Oklahoma.

TONIGHT: Partly cloudy, low near 30. Wind S-W 5-10mph. We can't rule out a little more drizzle, but not expecting it like last night.

FRIDAY: Warmer, partly cloudy and breezy. High near 63 in Lubbock, wind S-SE 10-20mph. It'll stay cooler with clouds hanging around east of the city, high near 50 from Paducah to Snyder.

Tomorrow night into early Saturday a few showers or storms are possible to the southeast, including Snyder, Jayton and points east. These should miss Lubbock.

WEEKEND: Stronger wind is on the way Saturday, W 20-35mph with gusts over 45mph. This should be enough to kick up blowing dust. It'll be real dry here with a high wildfire risk.

Sunday the wind will back off some, but still breezy.

NEXT WEEK: We'll watch a storm system by Tues-Wed that might bring some rain. Right now it doesn't look likely. It should stay fairly mild.

DROUGHT UPDATE: Even though we've had some precipitation, it hasn't been significant. The severe drought continues around Lubbock, shown in red below. 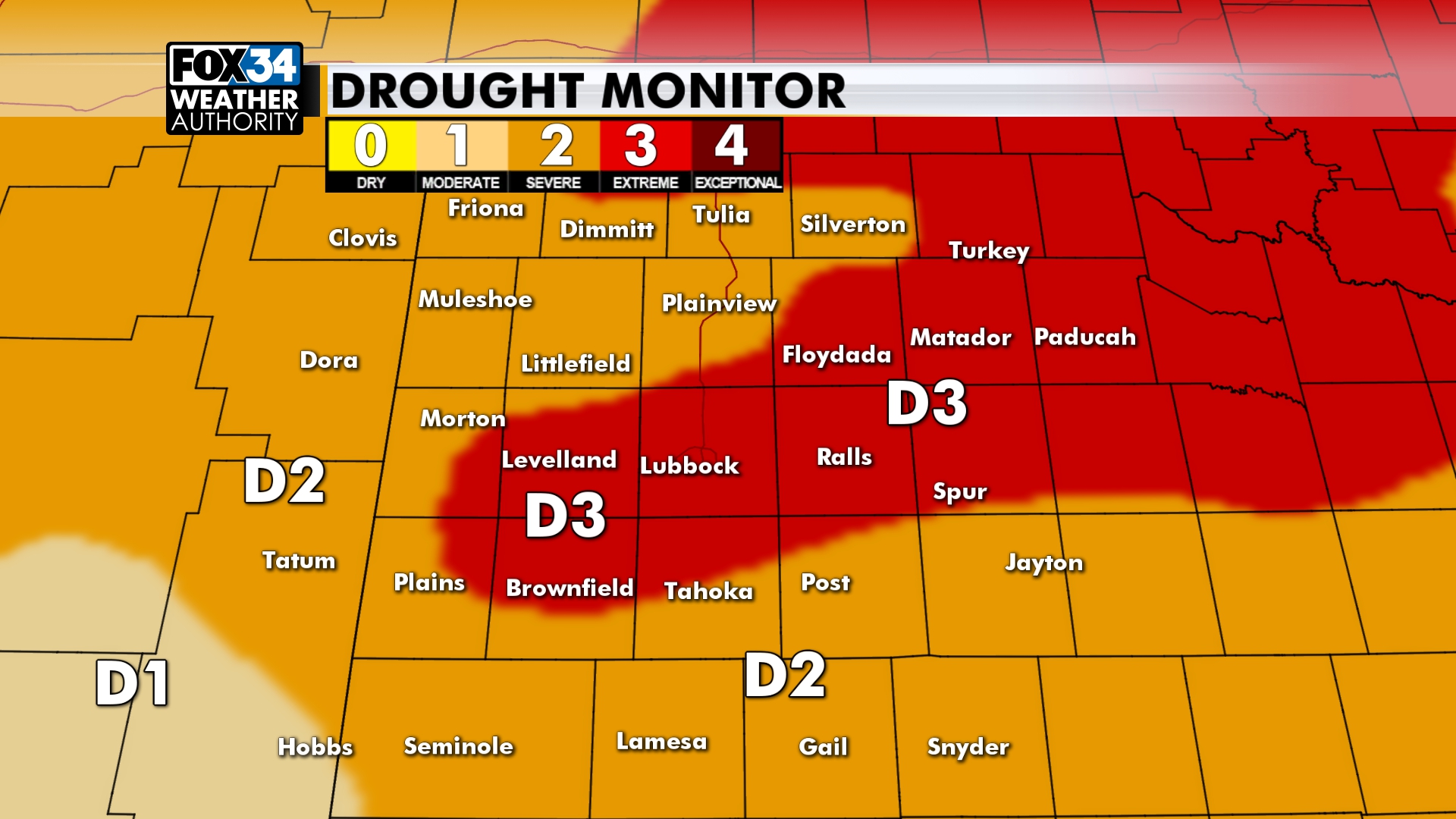 Have a great rest of your day. Bobby will have a full update to the forecast here early in the morning.
-Matt